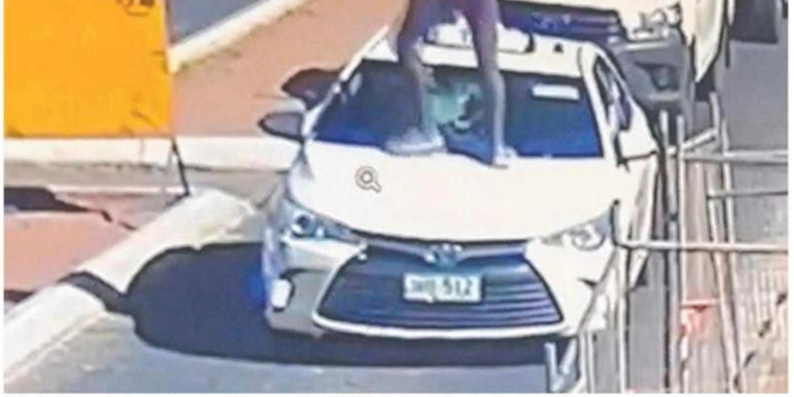 The following was published as an Opinion Editorial on 07/08/22 in the Sunday Territorian by Leader of the Opposition Mrs Lia Finocchiaro.

Crime, anti-social behaviour and cost of living – the three issues that are destroying our lifestyle, our businesses and our future.

This Fannie Bay by-election is a chance for voters who are sick and tired of Labor excuses to send them a message.

For too long, nothing has been done to tackle out of control crime, violence and the rising cost of living. It is just getting worse and worse.

Labor has had 6 years in government to fix these issues and things have not got any better.

Just over a week ago, businesses in the CBD held a public rally about crime and anti-social behaviour and Labor did not bother sending anyone to listen to the concerns. This was in stark contrast to the CLP, who attended and outlined our plan to the crowd.

We have all seen shocking scenes of men wielding knives and machetes at Woolies in Darwin city, violence against shop workers, the CLP has even had a campaign volunteer surrounded by four men demanding money.

In places like Alice Springs, these scenes are all too familiar, as rampant youth hold the city to ransom and a man jumps naked on the bonnet of a taxi in broad daylight smashing the windscreen with his foot.

Daily we hear the appalling stories of assaults, robberies and sexual assaults – all in broad daylight. Our kids, families and visitors, are the victims here.
Labor is taking Territorians for fools.

This week we have seen Natasha Fyles and her staff-adviser-come-candidate, splashing cash like there was no tomorrow. The irony is that Labor has held the seat of Fannie Bay for 27 years and it is only now that they realise the Parap PreSchool needs a refurb? It’s very easy to be cynical.

As a business owner pleaded on radio on Friday – following brazen attacks by armed teenagers to a number of businesses in the Darwin CBD just in the past few days: “it’s getting worse and worse everyday …. no one cares about us as the victims … it’s not normal behaviour. We’re losing so much money, we’re losing employees, it’s getting harder and harder – someone needs to do something.”

But this Labor Government is not listening.

Natasha Fyles’ first action as Chief Minister was to vote down the CLP’s legislation to have minimum mandatory sentencing for first time offenders who assault police, shop workers and any Territorian at work.

Labor also voted down the CLP’s laws to make breach of bail condition an office and no bail for repeat offenders.

Labor voted down our legislation to repeal the minimum floor price which has driven problem drunks to hard spirits.

And Labor refuses to give police back the power they stripped away with the 2km drinking law.

Even the Lord Mayor Kon Vatskalis – a previous senior Labor Minister – saying during the week that “me and 129,999 other people in Darwin have had enough”. He called for the 2km law to be “brought back quickly” and to make breach of bail an offence again, saying it was a “failed” experiment.

Meanwhile, whilst crime and violence are out of control and the skyrocketing cost of living is crushing local families, Labor only has excuses.

Labor has failed to take any meaningful action to reduce the cost of living pressures for Territorians and has failed to commit to support of the CLP’s legislation to force petrol retailers to disclose their profits which was a recommendation of the ACCC in 2015.

Under Labor, fuel prices have increased by over 170%.

The price of basic groceries is higher than the rest of the nation, with fresh fruit and veg up 13% in just the last year.

The cost of electricity and housing has jumped by 16% in the last 12 months.

The Fannie Bay by-election is a chance for voters who are sick and tired of Labor excuses to send them a message.